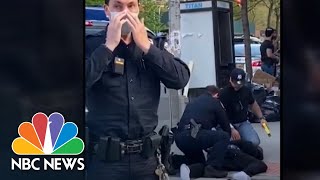 Yes, I am a white woman who has benefited because of the color of her skin. I despise racism and discrimination of all kinds. I have been aware of systemic racism since I was a young girl growing up in Coney Island, Brooklyn. I witnessed white flight at the height of the Civil Rights movement and, as I watched Dr. Martin Luther King give his "I Have A Dream," speech sitting on my living room floor in front of a black and white television set, the adults I loved and revered sat behind me talking about what a troublemaker he was. I was not in alignment with my tribes view on race and never would be. I was loved and I loved back but there was a distance, a disconnect between us. I went against their beliefs and what was considered to be societal norms.

Coney Island was a magical place to grow up until the city's failed plan for urban renewal; the closing of Steeplechase and greedy developers like Fred Trump set their sites on its valuable seaside land. New York City forced people to sell their Coney Island homes to the city in order to make way for them to build low-income housing. Businesses left, white flight was underway, drug dealers and gangs moved in, racial tensions rose and Coney Island became a dangerous place to live. My family was poor. We didn't own a house to sell to the government. My parents worked for the Board of Education in the janitorial department. They raised six kids of which I am the oldest. My parents worked through their vacations and even took on second jobs to save enough money so we would be able to move out of Coney Island and into another neighborhood where the school system was better. We were one of only a few white families remaining in my neighborhood, a block transformed into a sea of abandoned and boarded up houses. Black families moved in to these homes in mass before they were torn down and I experienced reverse racism. The experience didn't make me bitter it made me fearful. I couldn't leave my house to walk to the corner store without being attacked. I was labeled a “white devil.” I'm not writing this as a white victim or a white devil. I experienced a minute fraction of what black people were living with for decades.

Not one person in my family or any of my friends have ever been lynched, or unjustly accused of a crime, or shot down or blown up while they were attending church or beaten just for the hell of it, or declined an opportunity because of the color of their skin, or not given funding for their communities by the elected officials who are supposed to serve them. What I experienced made me aware of what it is like to live in fear and be discriminated against. It gave me insight into how black people were being unjustly treated. You can be seven or eighty years of age and see traces of systemic racism throughout our country. It's in the police force, our military, Board of Education, in our government. Racism is a cancer and its in America's DNA.

I'm fortunate; I saw it as a child and refused to buy into it. But even with this awareness my Spanish and African American friends have had to school me when my white benefit blinded me from seeing a truth. Until our leaders acknowledge that systemic racism exists and take responsibility for the actions of our past and present we can't build a future. The work of reform can only then begin. You can be a liberal and be racist. You may not be a Ku Klux Klan white supremacist racist but if you look at yourself with an honest eye you will see traces of your white benefit play out in varying degrees.

I used to wonder about German people. How could they stand by as millions of Jews were discriminated against and killed during the Second World War? Yet, white Americans have been doing this for generations to black Americans and we continue to play dumb, be dumb, or refuse to acknowledge our role in racism. When are we going to wake up and understand that we are the villains? We have stood silent while African Americans have been treated without equality, and beaten, and murdered, and cheated out of being governor and even as Barack Obama became President of the United States, we witnessed senators and congressmen treat him with disdain and disrespect. We never witnessed this behavior when a white president was in power. I'm thrilled to see white people join the "black lives matter," movement and demand change. I pray that it is not too late. We have to be "all in" like the term used in a poker game for putting everything you have into the pot. In my opinion just like we have to take courses and be tested to get a drivers license we need to be tested to see where our level of racism lies and whatever the results show we should be required to attend a program that will raise awareness about the views we need to change in order to make our country inclusive for everyone.

There is good emerging from all of this painful loss of life and chaos, dear people of all races, religions and cultures. All kinds of people are joining the "Black Lives Matter," movement saying, “enough is enough” and they are risking their lives in the midst of a pandemic, to end racism once and for all. Some police are saying, “Enough is enough”. Some of our leaders are saying, “Enough is enough”. Countries around the world are supporting the "Black lives matter," movement because they are inspired. America doesn't have an exclusive on racism. Racism is a global issue and Black Lives Matter is now leading the world to take action to abolish it. I beg all of you who are out there on the streets across the nation protesting, please be safe. WEAR YOUR MASK! Be peaceful. Violence leads to violence; peaceful protest leads to legislative changes. Not all white people support Trump. I want to see the entire Trump administration and the Republican senate do jail time for what they have done to our country. I am filled with rage about how the poor, the struggling middle class, and especially people of color and immigrants are treated. I have to pause and remind myself that all of my hate and all of my rage achieves nothing. My negative energy will defeat only me.

I believe that every man, woman and child whose life was cut short by racism is marching with the protesters now and Mr. Floyd is leading the way. So please, hold that visual in your hearts and remain peaceful. Let it be a reminder of how important this moment in history is. Inhale the beauty of this time as you witness millions of people around the world fight against brutality, inequality and racism. Believe in the power of you and raise your voices, not your hands. Our best weaponry is our loving natures and our desire for peace between all nations and all people. The haters will not win this war unless we join them and become haters ourselves. I am grateful that race is finally a national conversation and we must keep it that way until the kind of change we long for becomes a reality.

"Steeplechase," a coming of age story about a young girl growing up in Coney Island at the height of the Civil Rights movement will be published in 2022.